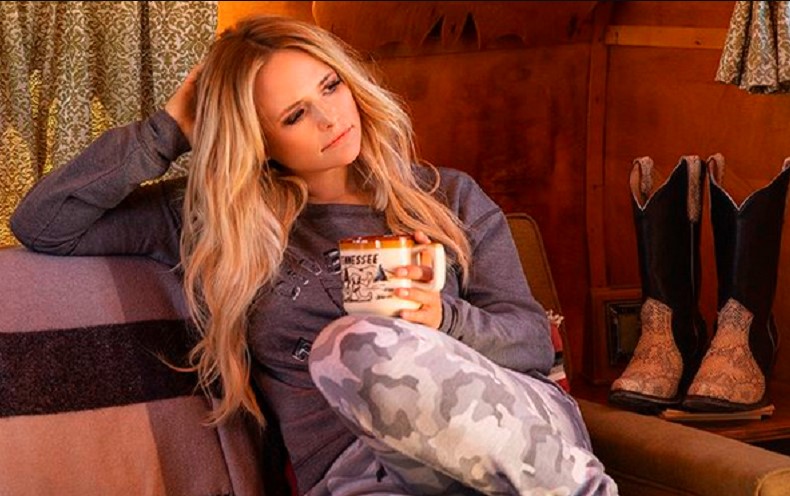 Miranda Lambert will be in the same vicinity as Blake Shelton and Gwen Stefani at the Grammys. The country star is expected to sweep the awards show. She was nominated for Best Country Song for her hit single “It All Comes Out In The Wash.” She also received a nod for Best Country Album for her latest album, Interstate Gospel, which she worked on with her band, Pistol Annies. She may end up watching her ex-husband, Blake Shelton, perform with his girlfriend, Gwen Stefani. That could end up in an awkward run-in for the former exes.

The Nashville Star alum talked about her divorce at her concert in Nashville, Tennessee on Friday, Jan. 24. Lambert wrote the haunting ballad “Dark Bars” after going through her 2015 divorce from Shelton. The couple split after four years of marriage. That caused Lambert to go through some dark times.

Country superstar calls Blake Shelton divorce a “shit show”
As Billboard reported, the 36-year-old singer did not hold back. During her concert at the Bridgestone Arena as part of her Wildcard Tour, Lambert said she experienced “highs and lows” during her headline-making divorce. Nashville was her safe space. It kept her away from the tabloid reports and the pains that come with divorce. Of course, it wasn’t easy, as Lambert stated. She decided to move to Nashville since she found solace and support from family and friends.

RELATED POST:Miranda Lambert Thanks Nashville Crowd For Helping Her Through ‘A Really Hard Time’ After Blake Shelton Split

“I went through a really hard time in my life,” she continued. “I moved here in 2015 in the middle of a s**t show, but I was lifted up by people who were like, ‘We got you, girl.’ My friends and my songwriters and my fans and everybody here.”

Shelton and Lambert lived together in Oklahoma during their marriage. Soon after their divorce, Shelton started dating Stefani, and the couple just celebrated their four-year anniversary. Lambert also moved on and married Brendan McLoughlin, a NYPD officer. The two met back in November 2018, outside the headquarters of Good Morning America. Sunday also marks the couple’s one-year wedding anniversary.

Will Miranda Lambert have an awkward run-in with Blake Shelton?
She did not address the possibility of running into her ex-husband at the Grammys. But since it’s been five years since their divorce, it’s safe to say that they both moved on. And their fans need to as well. Shelton and Stefani will be performing their new duet “Nobody But You” at the 2020 Grammy Awards.

WATCH Blake Shelton – Nobody But You (Duet with Gwen Stefani) (Official Music Video) VIDEO BELOW:

The pair previously worked together on “Go Ahead and Break My Heart” and “You Make It Feel Like Christmas.” It’s unclear what other artists and bands will be attending the event. But it’s clear that Lambert will be there as well.

Miranda Lambert and her husband refused to clap for Blake Shelton
The last time that Shelton performed in front of Lambert was at the 2019 CMAs, as reported by Showbiz CheatSheet. His performance of “God’s Country” led to a standing ovation. The only two people who did not stand up and clap for Shelton was Lambert and her husband, McLoughlin. According to reports, the two remained in their seats until Shelton finished performing. They didn’t look happy about him receiving a standing ovation either.

It was reported that both Shelton and Stefani enjoyed Lambert’s performance of “It All Comes Out In The Wash,” but no one saw them dancing along to it. It’ll be interesting to see if the exes run into each other at the Grammys.

What are your thoughts on Miranda Lambert possibly running into Blake Shelton at the Grammys? Sound off below in the comment section. 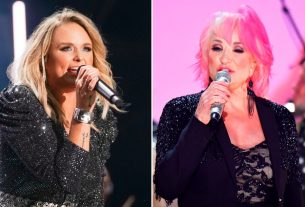 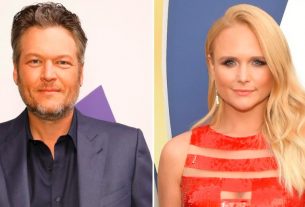 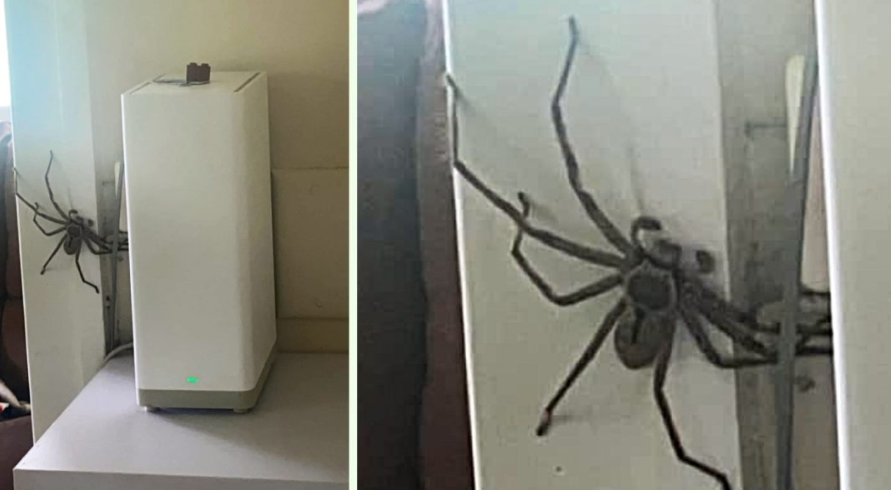