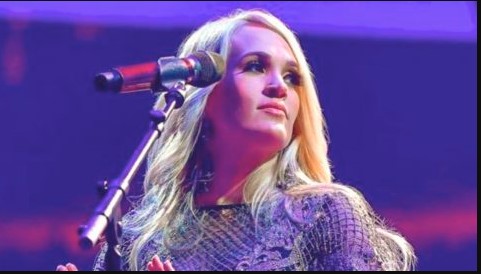 What do you think of when you hear the name Carrie Underwood? American Idol? Country music icon? Golden pipes? Strong storyteller? All you need to hear is her last name and you easily think of all of the above. There’s not something in the water, she really is that good.

Few country singers have been as immediately identifiable as Underwood in the past 12 years. She’s spawned a million copycats all vying for even just a fifth of her trademark range and tone. And she’s brought the revenge song back in country music so well that her name becomes an adjective in writing rooms.

She’s basically the all-American girl (to borrow from her song) mixed with the powerful protagonist in a woman scored tale rolled into one. She even debuted a new Sunday night football theme song, “Game On” after singing the NBC theme song since 2013. I told you so, the woman is a legend.

Underwood transformed good songs into country classics, so narrowing it down to her top 10 isn’t easy. When chart-topping songs like “Cowboy Casanova,” “Good Girl,” “Heartbeat” and “Church Bells” don’t make the list, you know it’s stiff competition. And that doesn’t even include collaborations like “Something Bad” with Miranda Lambert and “Remind Me” with Brad Paisley. Let’s take a look at the 10 best Carrie Underwood songs, ranked.

The single that started it all for Underwood, this song penned by Brett James, Hillary Lindsey and Gordie Sampson established Underwood as America’s “girl next door.” (Of course, a song later on that record that also makes the list quickly showed another side of the star). A crossover hit, the song earned two Grammys and all but assured the success of her debut album Some Hearts.

Carrie has killed a fair number of no-good, dirty rotten, cheatin’ scoundrels in her songs. But in “Two Black Cadillacs,” which she co-wrote with Hillary Lindsey and Josh Kear, Underwood takes the drama to soaring heights. Though the song peaked at No. 2, it may be Underwood’s most tactful song about, well, killing someone.

Literally the song right after “Two Black Cadillacs” on her album Blown Away, “See You Again” is a tribute to missing loved ones. It’s a gorgeously catchy pop ballad, but the music video really adds a whole new layer to the song. It features loved ones reuniting, in particular wives and children running to their husbands and dads when they get back from serving overseas.

There’s no shortage of songs comparing alcohol to love, but Carrie Underwood’s “Wine After Whiskey” is easily one of the best modern interpretations of the classic metaphor. Another song with Underwood as a writer, this gorgeous ballad never got the “radio single” treatment, but it kind of adds to the allure of this hidden gem.

A boot-stomping rocker, “Undo It” is undeniable in its catchiness. It’s fitting the video features the singer rocking a stadium, because it’s very much a stadium rocker. But what really puts it over the top is how it marries such a huge beat with such a powerful message. Underwood’s fanbase is largely female and there’s a great chance most people have felt this way before. It’s really one of the best examples of Underwood marrying attitude with an arrangement to create a fan favorite.

Carrie also has a great knack for finding inspiring songs. “Temporary Home” is a great example of weaving different narratives into a common thread of hopefulness and perseverance. It’s one of the songs that probably means the most to fans thanks to its tear-jerker ending. It’s another one of her many No. 1 singles and earned a Grammy nomination for vocal performance.

Another song that hasn’t gotten the single treatment, “The Girl You Think I Am” feels like one of the first truly autobiographical songs for her. She wrote it with Linsey and David Hodges, and it’s a gorgeous first-person account of trying to live up to the person someone else sees you as.

Probably one of Underwood’s premiere wedding songs, Underwood co-wrote the song and released it around the time she married husband her Mike Fisher. It’s both kind of a love letter and an assurance, and it definitely rings true for Underwood in her personal life.

Here it is, the unrivaled karaoke song of drunk girls everywhere. “Before He Cheats” is a legendary song by plenty of standards. It’s Underwood’s top-selling song (five times platinum), her best-performing radio single and a two-time Grammy award-winner. But it didn’t top this list. Take that!

“Blown Away” did nearly everything “Before He Cheats” did, but with an intriguing and distinct new sound that defined one of Underwood’s most successful and critically lauded albums. It helped establish Underwood as a truly global talent that is well on her way to hall of fame status. 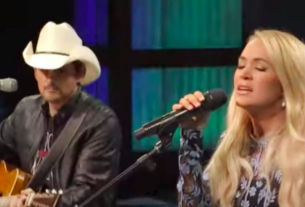 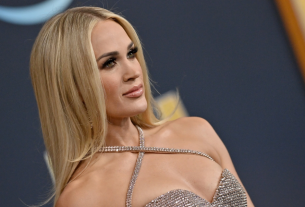 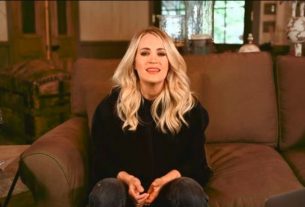