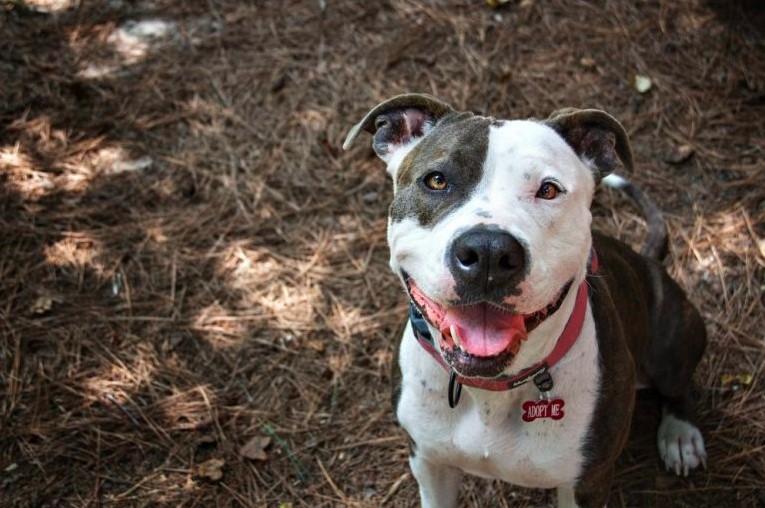 When going to pick out a new dog to adopt, many owners find their options at the shelter are filled with pit bull breeds.

Jennifer Lafountain, volunteer and community engagement manager with Heritage Humane Society, said she notices there are definitely a lot more pit bull breeds at shelters typically and they might take longer to get adopted.

Lafountain clarified that pit bulls are not an actual breed but rather a mixed breed of five or six different types of dogs that generally have the same look. These dogs are listed as a “terrier mix” on their adoption profile but generally have the look of a square head and sturdy frame. 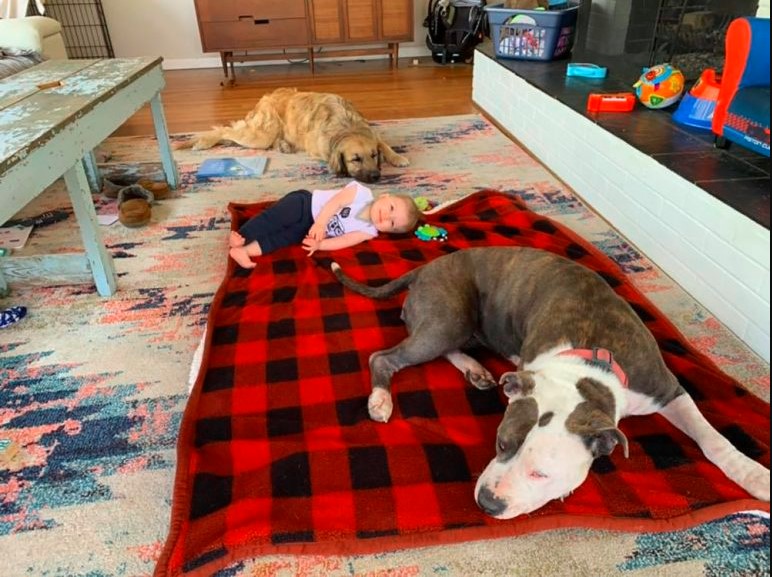 According to data from the Heritage Humane Society, of the total 1,307 animals adopted in 2019, which includes dogs, cats and small pets, 85 were terrier mix breeds or what people would commonly term as pit bulls.

Part of the reason those dogs stay in a shelter for so long is because many apartment complexes or landlords don’t allow the breed.

“It definitely makes it tougher to adopt the terrier mix breeds because when we do have potential adopters coming in interested in adopting them, oftentimes their apartment [or] place they’re renting won’t allow them,” Lafountain added in an email.

That’s because those dogs have a stigma associated with them since historically they’ve been bred for fighting or other aggressive activities. Lafountain said these types of dogs are one the most commonly bred and that’s partially why there are so many in shelters.

“A lot of people want them to fight or to look tough,” said Maria Schiefer, founder of Bully Advocate and Rescue Collective in Hampton Roads. “They’re over-bred and bring the money in and the ones that don’t bring the money in are dumped at shelters.”

Schiefer described it as “backyard breeding.”

She said when those dogs come to her, many of them have heart worms or other health issues because they’re poorly cared for in the places they’re bred.

While many of those places are breeding the dogs for aggressive activities, Schiefer said she wants people to know that doesn’t mean the dogs are aggressive.

“They’re just dogs and want to be loved like any other dog,” she said. “Once people see these are goofy, loving, normal dogs, their perception changes.”

Schiefer said she wasn’t always a lover of pit bull breed dogs. Growing up, she had a variety of different dogs but when she was older, she met a “block-headed” dog at a shelter and fell in love. When she adopted the dog, she didn’t know it was a pit bull breed but after learning more and realized how many of these types of dogs needed help finding homes, she decided to start a rescue organization.

Dogs rescued by BARC are mainly taken in by foster families until they can find a “forever home.” Schiefer said she also wants the general public to be educated on the loving nature of these dogs.

She said most shelters will test the dogs for behavioral issues before ever putting them out on the floor for adoption and the issues with pit bull breeds aren’t always aggression.

Most of the time, she said she sees separation anxiety in the dogs because they’ve been adopted and dumped so many times. Or they’ll have anxiety while in the shelter because it can seem chaotic to them.

The biggest part of getting those dogs adopted is showing people the good-natured side of their temperament, she said.

“You have to show people, you can’t just tell them,” she said. “The more you can show how great they can be, the harder it is to hold onto those bad ideas.”

With her personal dogs, Schiefer said she teaches them silly tricks and makes sure they are “Canine Good Citizen” certified. This is a certification from the American Kennel Club that trains dogs to behave well in community settings.

Tools and programs such as that are just a few of the ways the stigma around pit bulls is changing.

Schiefer and Lafountain said they’re not sure if people’s perceptions are changing as quickly as they would like but there are growing efforts to make pit bull breeds more accepted.

“People look at them with preconceived notions,” Schiefer said. “You can’t just talk to them about it and say it’s a great dog. To change their ideas, you have to show them.”

WATCH People Rescue A Litter Of Pit Bulls, Notice That One Of Them Has ‘Cinnamon Roll’ Ears VIDEO BELOW: 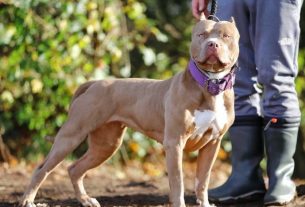 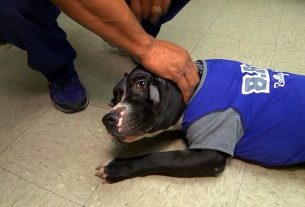