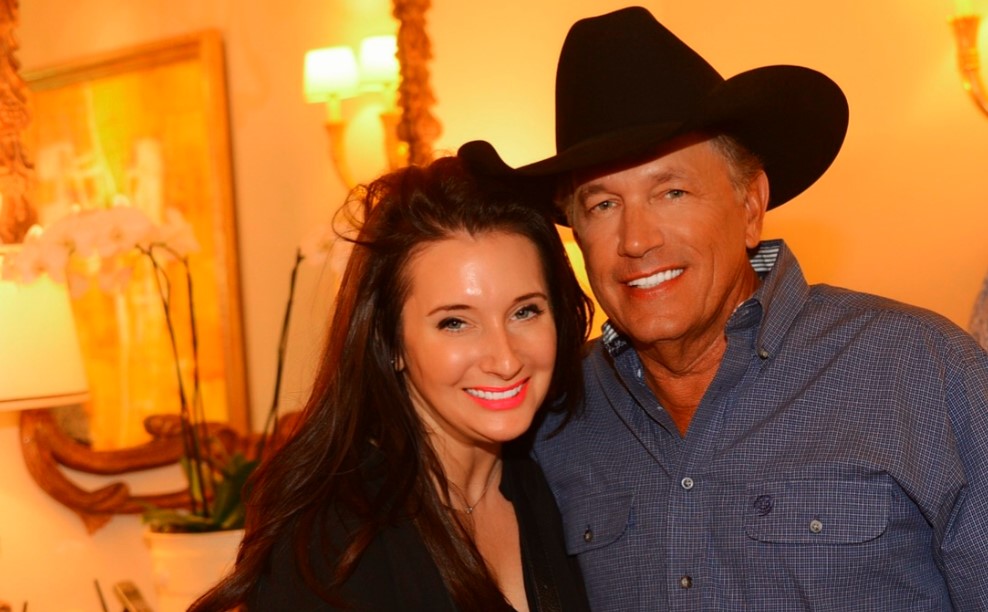 It’s a chilly winter morning and publicist Ebie McFarland’s alarm clock went off at 3:45 a.m. in New York City. By 5 a.m. she was at NBC where her client Ashley McBryde was appearing on Today to perform her captivating hit, “Girl Goin’ Nowhere.” Such early morning activity is just another day in the life of one of country music’s busiest PR pros.

McFarland is owner/founder of Essential Broadcast Media, a Nashville-based public relations firm whose clients include Jimmie Allen, Kenny Chesney, Eric Church, Hootie & the Blowfish, Chris Hemsworth’s Centr fitness app, George Strait and many others. “I take great care in helping others tell their story,” she says with a cheery, energetic voice that belies her early morning call time.

Publicists are responsible for booking artists on television shows, getting stories placed in magazines and on websites and doing all things necessary to make sure their latest album or film is top of mind with media and fans. Though most people think a PR person’s life is an endless parade of glamorous red carpets, travels to exotic places and interaction with the world’s most famous celebrities, McFarland admits being a publicist is harder work than you’d think.

“So many TV shows have glamorized the role,” she says. “What they don’t see is the 3:45 alarm clock going off in a hotel room, and then just sitting in a green room [backstage] where you are just trying to keep your artist calm and happy and reminding them of their obligations—interview, performance, teasers, the hosts names, how she first met them, when she first met them, the bookers names, producer, what went into the package. You are feeding them all this information and you are doing this in a way where you can’t overwhelm them because they are about to go on live TV.”

McFarland admits the people she works with make her job rewarding and she cites McBryde as an example. “Sound check is at 5 a.m. and she doesn’t go on until 9 and she’s just a joy. We were cutting up and she was singing to us in her dressing room while she’s getting all ‘faked up,’ as she calls it,” McFarland says of McBryde’s term for getting hair and make-up done. “It’s such a great way to start the day.”

A native of Waverly, TN and a graduate of Nashville’s Vanderbilt University, McFarland’s first brush with PR came in college. “I worked with Vandy Cares, which was the AIDS awareness organization on campus. We didn’t have any money to advertise our events, so I started pitching the [Nashville] Scene and the Tennessean,” she says of getting the local newspapers to write stories on their charitable events.

“I was a Cognitive Studies Major, Child Development Minor and Women’s Studies minor, but I viewed [my PR efforts] as something I enjoyed and it didn’t feel like work. It was something that I would volunteer to do,” she says. “I always loved talking and telling stories. My dad is one of the best storytellers the way he paints a picture for you, and thankfully both he and my mom took me to concerts. When I was two-years-old, I went to a Talking Heads concert. The one I really remember was Bon Jovi and they took me to see the Stones where Sheryl Crow opened at Vanderbilt’s stadium and we saw Joe Cocker opening for Tina Turner. They would always instill the importance of getting to the show early because the openers are a must see, that means the artists have planned this experience for you.”

After college, McFarland went to work in an entry-level position at a Nashville PR firm and juggled other jobs working as a bartender and at a tanning bed to make ends meet. “Back when the CMA Awards were at the Grand Ole Opry House, I had spray-tanned an artist who walked the carpet the very next night, and I was on the carpet at the Grand Ole Opry House walking a baby artist who had just won ‘Nashville Star,’” she recalls. “I thought, ‘Okay I can’t continue doing all of this,’ so at that point I went to my employer at the time and said, ‘I’d really love the option to sign some acts—obviously ones you approve. So Sister Hazel was my first act, and then after that Ken from Sister Hazel, the lead singer, he introduced me to Darius [Rucker] because Hootie & the Blowfish were at Emerald Studios recording Looking For Lucky. This was like 2005. I went into the studio, met them and tried not to gherm them too badly. They didn’t have PR agency, so I signed them and to this day, I still rep them. I still do all of Darius’ solo stuff and helped him bring his vision for how he wanted his country career to feel. I got to be a part of that journey of bringing that to fruition and it still continues to be such a career highlight. He’s such an intelligent and gifted writer and vocalist.”

RELATED POST:George Strait has been a Wichita regular since the ’80s, when his tickets cost $12.25

In 2007, McFarland decided to launch her own public relations firm. “My grandmother, who had been the first mayor of Roane County [TN] back in the ‘80’s said, ‘Well honey, I think you should just bet on yourself.’ My mom said, ‘You love it so keep this career path, keep pursuing it. We’ll support your decision however we can help.’ So I started Essential Broadcast Media the first week of July, and moved over the 4th of July weekend to a new office.”

Since then McFarland has built an impressive roster of clients that not only includes many of country music’s biggest stars, but also Southern rock legends Lynyrd Skynyrd, Icelandic rock band KALEO, comedian Sebastian Maniscalco and Chris Hemsworth. “He’s an incredible human,” she says of the Australian actor. “He’s so incredibly well spoken and you can see why he’s at the success level he’s at. He commands a room, but in a really sweet way. He’s a force.”

McFarland has a hard-working staff that supports their diverse roster of clients. “We have five employees now,” she says. “Joseph Connor is the senior publicist. Janet Edbrooke is a publicist and prior to that she worked at the ACM for six years. Ashley Gaskin is a junior publicist, who is relatively new to our team. She’s been there about a year and [publicity coordinator] Rachel Heatherly. There are some ways that interns step up and Rachel was one of those with that extra attention to detail [saying] ‘Hey, I know notice this artist is doing something. Can I help and pull clips?’—just extra activities that reminded me of how you really do think of everything when you love what you do.”

McFarland admits that the relationship between a publicist and client is a unique one. “Being a publicist is a kind of weird relationship because you’re not friends with the artist, but you’re a part of their lives at pretty much every major moment of their life,” she notes. “There’s a real duty to protect how they come across so that it is authentic to them, and then also you’re the liaison from their voices to the masses on how you position a story, how you pitch it. Is it in person? On the phone? At a particular location that has significance? How and when is this hitting? Who is the audience? Did we speak to them in the way that they needed to be spoken to?

“It’s just an odd relationship because, again, you’re not friends, but you seem to be the person that they have to tell everything to from the very beginning. If someone in their family dies, you have to help them with the language to express themselves in that grief-filled moment, and there is a ton of responsibility in that. [PR] is not always sexy. Carpets are like two percent [of the job] and then you’re holding tissues, bottled water, Sharpies, talking points and feeding them names of everyone they are about to talk to because they are nervous. In those moments, you have to be that support system while staying out of the way and trying to make yourself invisible.”

Though a publicist’s job is demanding and the hours are long, it’s also very rewarding and McFarland has some favorite moments. “Getting Darius Rucker on ‘Oprah’ because that was an early goal of his,” she says. “Literally every day in December his internal calendar said, ‘Off unless Oprah calls.’ I’d been working with the booker and trying to get that done. I told them, ‘This is literally the only thing I’ll be able to get him to come back from holiday for.’ He did and it was an incredible show.

“I’m really proud of what we did with George Strait when he decided to just do one off shows and not tour anymore, the announcement of ‘Cowboy Rides Away’ and that final show at AT&T Stadium with 104,000 people setting an indoor attendance record,” she continues. “It was so hard to be in the moment that night because there was so much going on and so much work. I had Eric [Church] there and Kenny [Chesney] there and George, of course, and all of our road families were there. It was so many emotions. That was incredible. Then he went on to win Entertainer for both [CMA and ACM] award shows. Also watching Eric Church playing Nissan Stadium and watching him set that attendance was pretty mind blowing.”

Though she loves her work, McFarland is able to balance career and a happy personal life. She’s been married since 2012, and her husband is a photographer who often travels with her. And though some people who travel for work get tired of being in motion, McFarland isn’t one of them. “I love to travel,” she says, “and because I’m on the road so much, sometimes I can bring my friends out on the road with me to come to a show and then while we’re there tack on an extra day and go someplace like the aquarium in Chicago because otherwise I’d sit in a hotel room and just work. A couple years ago I made a decision to be more aware and conscious of my time because there’s time for everything. It’s just, is it a priority to you?”

McFarland is thankful for her staff, her clients and the relationships she’s built over her years in the business. “There’s a rapport that comes with time and there’s no substitute for it. That’s what I’m proud of,” she says. “Eric Church, George Strait, Darius Rucker, Kenny Chesney are artists we’ve represented year over year, concert over concert, tour over tour, album over album and they continue to trust us to tell their story and help manage how it’s told, when it’s told and the gravitas in which it’s told. I really take a lot of pride in that.” 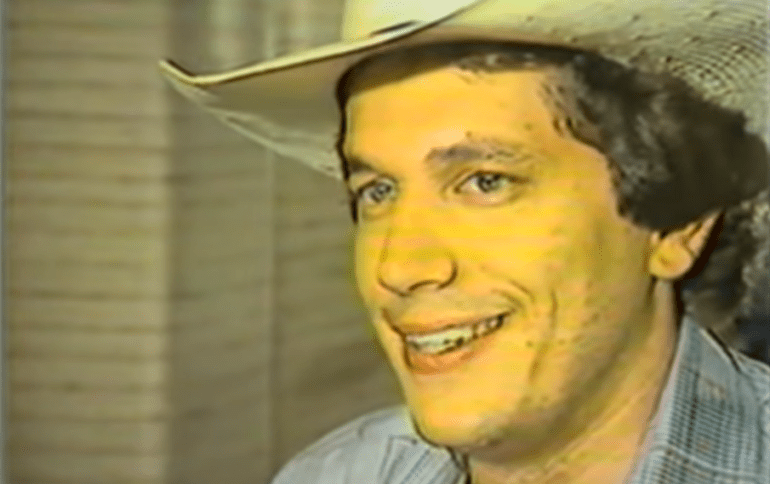 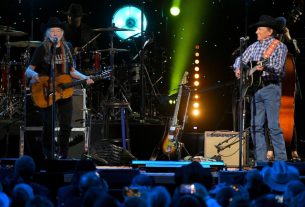 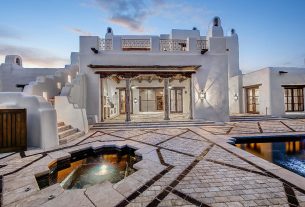