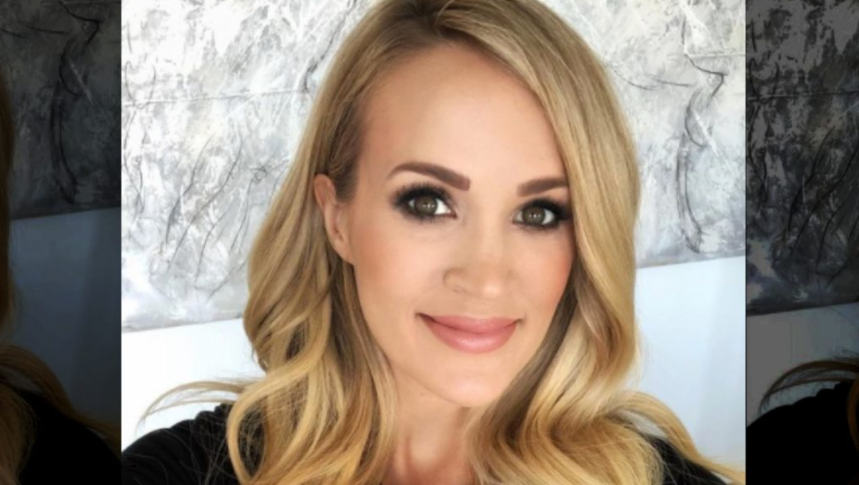 Carrie Underwood has some time off the road before she launches the 2023 leg of her Denim & Rhinestones Tour, and according to a post on Instagram Stories, she is spending some of that time in the kitchen baking up treats.

On Thursday (Jan. 4), she shared a photo of fresh bread she baked — straight out of the oven.

Not only does the bread look delicious, but the singer paired the pic with a funny caption comparing her younger self to her current hobbies of baking and gardening. 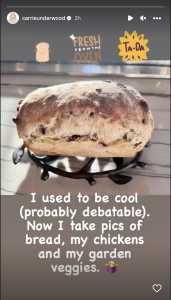 Underwood often shares photos of food she whips up in the kitchen or veggies she grows in her garden. This past summer, the singer posted many photos of the expansive garden on her property, as well as the many colorful fruits and vegetables her garden produced.

In August, she learned how to preserve some of her homegrown vegetables, and she turned the lesson into a girls’ day with friends.

Underwood gets back on the road on Feb. 2 in Miami, taking her Denim & Rhinestones Tour across the country before wrapping up in Seattle on March 17. Jimmie Allen will be joining her.

After her Denim & Rhinestones Tour, she will return to Las Vegas for Reflection: The Las Vegas Residency at Resorts World Las Vegas. The residency will run for a total of 18 dates in 2023 in the months of June, July, September, November and December. 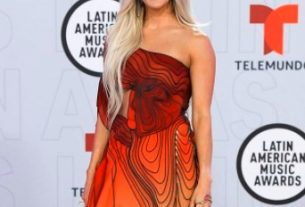 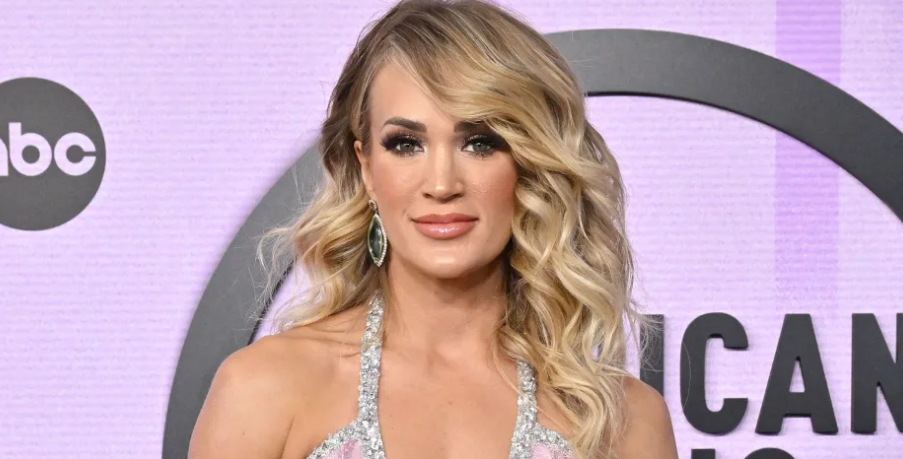 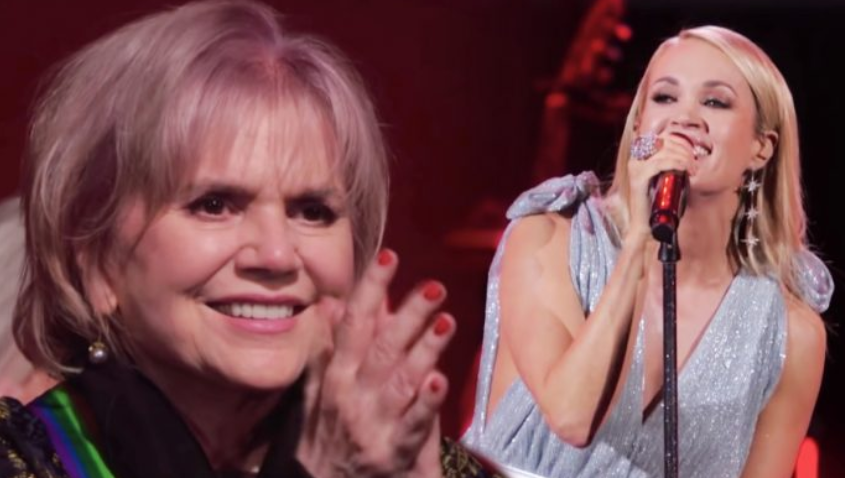