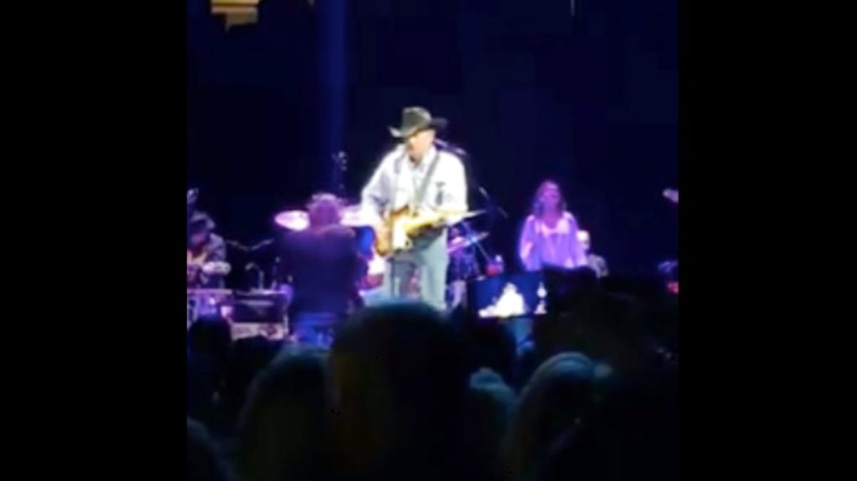 Here’s Just How Influential “The Hag” Really Was
There are a handful of names that are consistently mentioned as the greatest country artists of all time. George Strait is a big one. After all, he didn’t earn the nickname as “The King of Country” for nothing.

So when someone like Strait looks up to another artist as one of his idols, you know that other artist has to be legendary. That’s exactly what Merle Haggard is.

Strait isn’t the only one to to name Haggard as one of his favorite country artists. Major stars such as Vince Gill, Toby Keith, and Charley Pride all consider Haggard to be one of their biggest influences, and proudly cover his songs.

Speaking to the crowd at a surprise show in New Braunfels, Texas in November 2016, Strait explained how important it was to him to honor “The Hag.”

The Lasting Impact Merle Left On George’s Life
He told the crowd that in the early days of his career, he has always performed some of Haggard’s songs at his show. To this date, he still makes it a point to cover some of Haggard’s material whenever he gets the chance.

Strait promised the crowd a few of Haggard’s songs, but not before talking about the impact he had on him. “He was such an influence on all of us…what a great artist that he was,” he said, before moving into one of Haggard’s signature songs, “Mama Tried.”

Haggard served as the sole songwriter on “Mama Tried,” which was partially inspired by his own life. The song was released in July 1968 as the lead single off of his album of the same name, and was an instant hit. “Mama Tried” eventually topped the country charts in both the U.S. and Canada.

George Tries His Hand At Merle’s Signature Song
The song itself has been the receiving subject of many honors and awards. It was awarded the Grammy Hall of Fame Award in 1999 and was also picked to be persevered in the National Recording Registry.

As one of Haggard’s most popular songs, “Mama Tried” has been covered more times than we can count. But we have to say, Strait’s version is hands down, one of the best covers we’ve ever heard. You can watch him perform the song during one of his shows in the video below.

We think it was the perfect tip of the hat from one country legend to another! 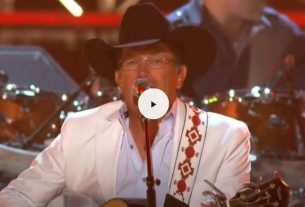 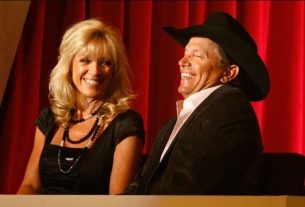 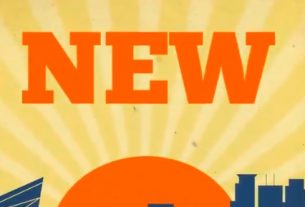