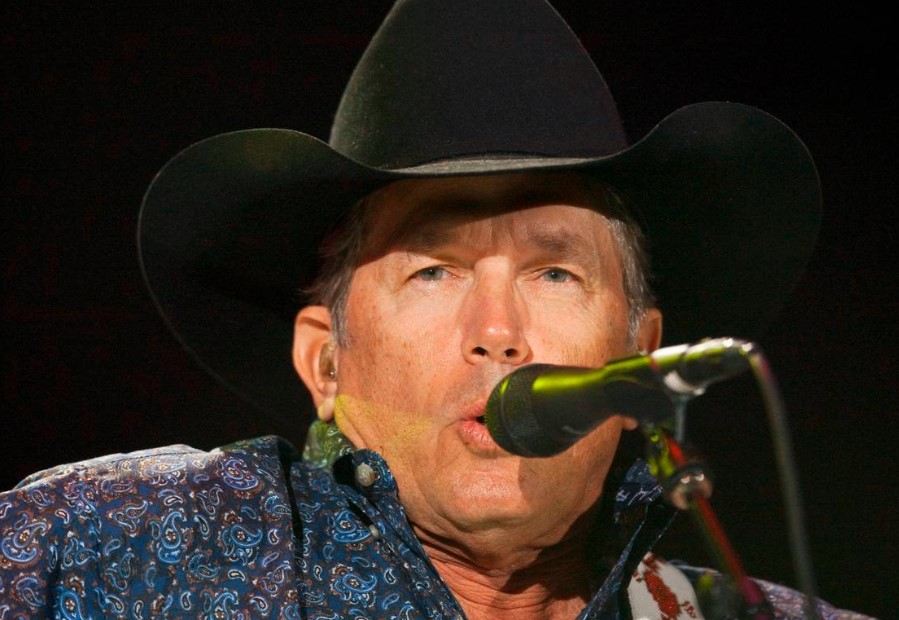 Either that or his savvy managers have realized that Wichita really loves him.

The country superstar, 67, has been to Wichita at least a dozen times over the past 35 years, and even when the cowboy claims he’s riding away for the last time — as he did when he last performed in Wichita in 2014 — he STILL comes back.

On Friday, Strait will perform a concert called “Strait to Oz,” and the show will be one of the limited engagement shows Strait has been performing at various venues across the country since his retirement. The concert, which will be performed at Intrust Bank Arena, was announced back in May and is one of the big-name concerts the arena scheduled for 2020 to help celebrate its 10th anniversary.

The concert is technically sold out — as Strait concerts in Wichita have historically been — though the arena recently released limited number of tickets starting at $199.75. (To find tickets for Friday’s show, visit www.selectaseat.com).

Here’s a look back at all the times the superstar has performed in Wichita, starting as far as our electronic archives track him — back to 1985, when Strait was a 32-year-old up and comer and tickets to his show were just $12.25.

May 10, 1985, Kansas Coliseum: Strait appeared with opener Eddy Raven (“I Got Mexico”) at the Kansas Coliseum. At the time, Strait was just 32 years old and at the height of his “Does Fort Worth Ever Cross Your Mind” fame. An article previewing the concert in the Wichita Eagle said that “the 32-year-old, boyish-faced singer’s style is pure country, delivered in an aw-shucks, straightforward manner.” Tickets to the show were $12.25.

October 25, 1986, Kansas Coliseum: Strait’s second Wichita performance in two years was part of the Marlboro Country Music Show, sponsored by the cigarette company, and it was a triple bill that also included Ricky Skaggs and Merle Haggard. It was sold out.

August 14, 1987, Kansas Coliseum: Strait performed this show with opener Holly Dunn, singer of the ’80s country hit “Daddy’s Hands.” According to an article that ran in the Wichita Eagle on the day of the show, Strait was “known for his wholesome, clean-cut good looks and is widely considered a sex symbol by wholesome, clean-cut cowgirls.” Tickets to the show cost $15.50.

Sept. 30, 1988, Kansas Coliseum: Strait was back for the fourth straight year, performing as part of the Kansas Coliseum’s 10th birthday celebration.

Oct. 12, 1990, Kansas Coliseum: Fresh of his second Country Music Association entertainer of the year award, Strait, 38, headlined a show with opener Patty Loveless . Tickets were up to $17.75.

Oct. 23, 1993, Kansas Coliseum: Strait was getting pretty famous at this point, so much so that the Coliseum had to come up with a special system to handle the expected run on tickets. The venue sold wristbands for $19.75 apiece for cash only at various spots around town, including the Wichita Wings office. His opening band was Clay Walker.

Oct. 11, 1996, Kansas Coliseum: A year later, Strait tickets had gone up to $23. The opening act was Terri Clark, and 11,000 people attended the sold-out show. “In short,” wrote the Eagle’s country music critic Diane Samms Rush after attending the show, “here’s a guy no woman would turn away from her door.” Little did Wichita know, it was about to enter a four-year Strait drought.

Feb. 19. 2010, Intrust Bank Arena: This concert marked the first time that the arena drew a sold-to-capacity concert since opening a month earlier. Strait was not alone on the bill, either. He brought Reba McEntire and Lee Ann Womack along with him. On his set list were hits like “The Chair,” “Amarillo By Morning,” “How ‘Bout Them Cowgirls,” and “Leave You With a Smile.”

Feb. 18 2012, Intrust Bank Arena: In 2012, Strait was on an 11-date mini-tour with fellow country star (and Kansas native) Martina McBride, and the show stopped at Intrust Bank Arena. He again performed in the round, and a crowd of about 13,000 came to hear him sing songs like “The Chair,” Check Yes or No,” “Run” and “Unwound.” During the show, Strait — then 59 — told the crowd that he had just become a grandfather.

April 1, 2014, Intrust Bank Arena: Strait drew a sold-out crowd of 14,680 to Intrust Bank Arena, his third show at the venue. It was set up in the round, and Strait traveled around the stage, taking turns facing different sides of the arena. He performed hits like “I Can Still Make Cheyenne,” “Ocean Front Property,” “Nobody in his Right Mind” and “Amarillo By Morning.” His opening act was Merle Haggard, who died two years later. The show held the arena’s attendance record for five years but was broken by last March’s Metallica concert, which drew 15,690.

WATCH George Strait Comes Back To Town, But This Time At The New Dickies Arena VIDEO BELOW: 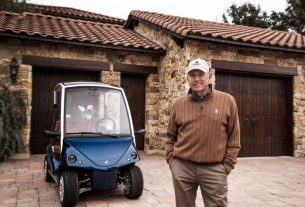 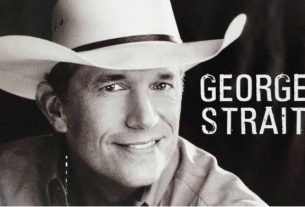 A Gospel by the King, “I Saw God Today” by George Strait 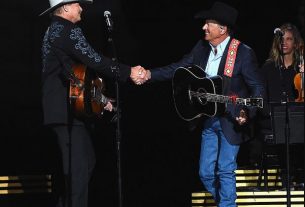