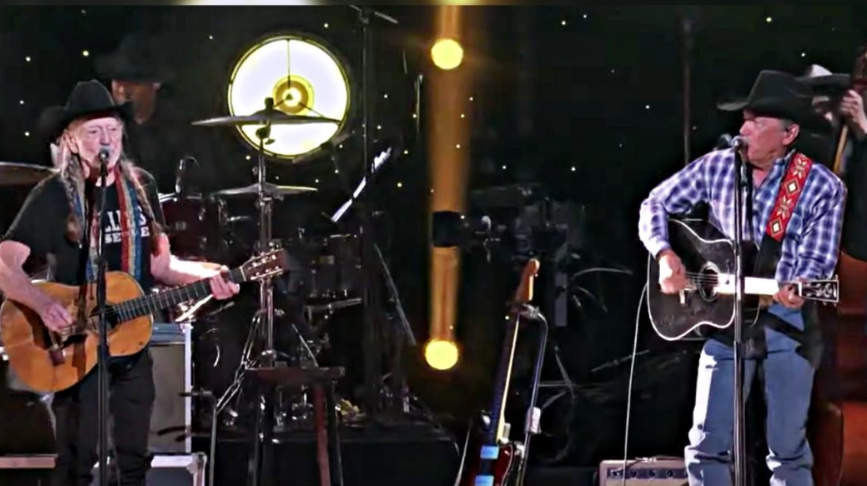 With roughly a century’s worth of experience and dozens of millions of albums sold between them, it’s hard to believe that George Strait and Willie Nelson had never performed together. That all changed a Saturday night in January 2019 when the two country music icons stood on stage and sang together for the very first time.

The epic collaboration was just one of many performances that took place at the Willie Nelson tribute concert at Bridgestone Arena in Nashville. Willie: Life & Songs of An American Outlaw brought together nearly two dozen of music’s biggest stars to pay tribute to the legendary artist. Alison Krauss, Kris Kristofferson, Eric Church, Jimmy Buffet and more took the stage. But, it’s fair to say that Nelson’s surprise performance with George Strait is one that people were talking about for weeks after.

The two performed a song titled “Sing One With Willie,” a tune written just for the special occasion. In the song, King George admits that he’s had a wonderful career, but that something was missing….he “ain’t never got to sing one with Willie.” Strait brings attention to the fact that Willie has sung with everyone from Merle Haggard, Waylon Jennings, Johnny Cash, George Jones to Julio Iglesias, but George was anxious for his turn.

Willie then takes his turn on a verse where he expresses his excitement over finally getting to “sing one with Strait,” and leaves the two arguing over whether or not the duet will make Strait’s career or ruin in. George’s team took to social media following the performance and revealed his elation over finally getting to sing with Willie. “That smile wasn’t leaving my face,” George said.


Watch George Strait and Willie Nelson perform together for the first time in the video below. Then scroll down to hear their second ever duet as they sing “Good Hearted Woman.” 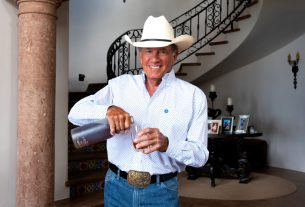 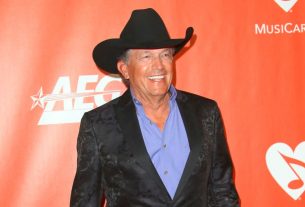 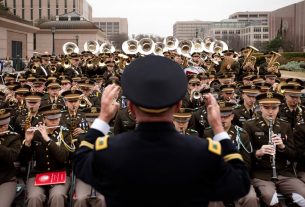