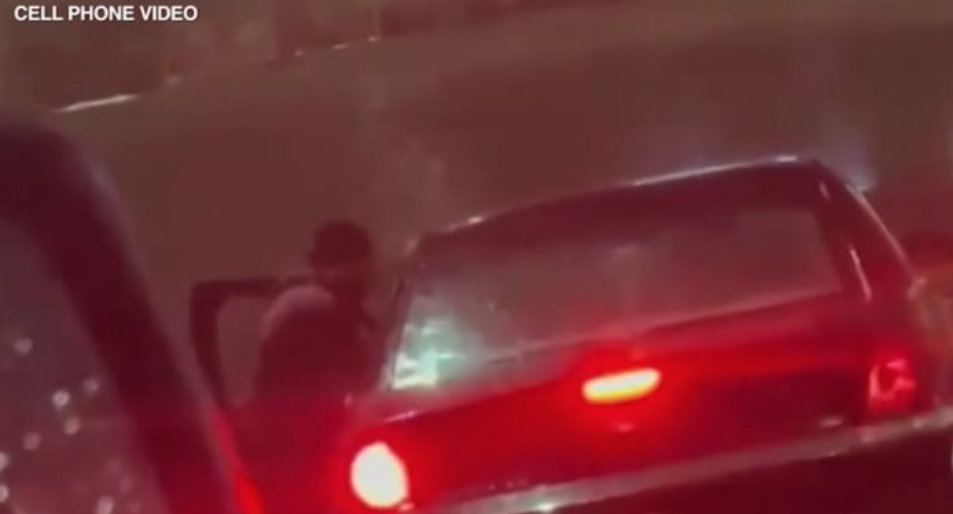 Carlos Fernandez, a former Marine, is being hailed as a hero after he saved two women from a car that was stuck in a pond in Hammond, Indiana.

The incident occurred on a rainy evening, when the two women, identified as Sarah and Emily, were driving on a rural road near I-80 and Kennedy Avenue around 6 p.m. Thursday.

Due to heavy rains, the road was flooded and the black car hydroplaned, causing it to spin out of control and eventually land submerged in a pond off to the side of the road.

Fernandez was driving by and noticed the car in the pond. Without hesitation, he stopped, got out and jumped into the water, and swam toward the vehicle. That’s when he noticed the women inside.

“My original plan was I was gonna grab my chain from the back of my truck and I was gonna pull the car out,” he told ABC. “I didn’t know there was anybody in the car, and a gentleman yelled out, ‘There’s two people in the car.’ And as soon as I heard that I instantly jumped in the water.”

He managed to open the car door and pulled the women out to safety. The rescue took place within just five minutes. Fernandez took three trips into the water to help the women before Indiana State Police arrived.
“They were both freaking out a little bit, they were both scared. You could tell there wasn’t a lot of water at that point in time, but once I opened the door it became a lot of water,” he said. “When I opened the door, one by one they started coming out, and I realized there was walkers in the back. One of the ladies had her foot stuck in the mud and she couldn’t walk, so I’m like, ‘Alright, I’m carrying them out.’”

The women were immediately taken to a nearby hospital, where they were treated for hypothermia and minor injuries. They are now recovering and are expected to make a full recovery.

Fernandez’s actions have been praised by the local community and the women’s families. They are grateful for his heroic actions and are thankful that he was there to save them. He said it can get really dark in the area at night and there are no signs to warn drivers.

He stated to ABC, “I would like if they can even put one of those signs right here that states, ‘Hey, you gotta turn this way’ because at night you can’t see this,” he said. “Nobody knows this is here.”

Fernandez said this act of heroism is something he expects of himself.

Watch The Rescue Footage In The Video Below 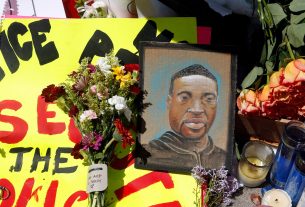 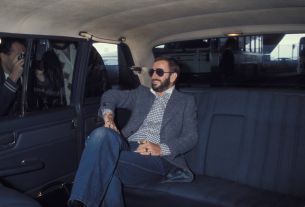