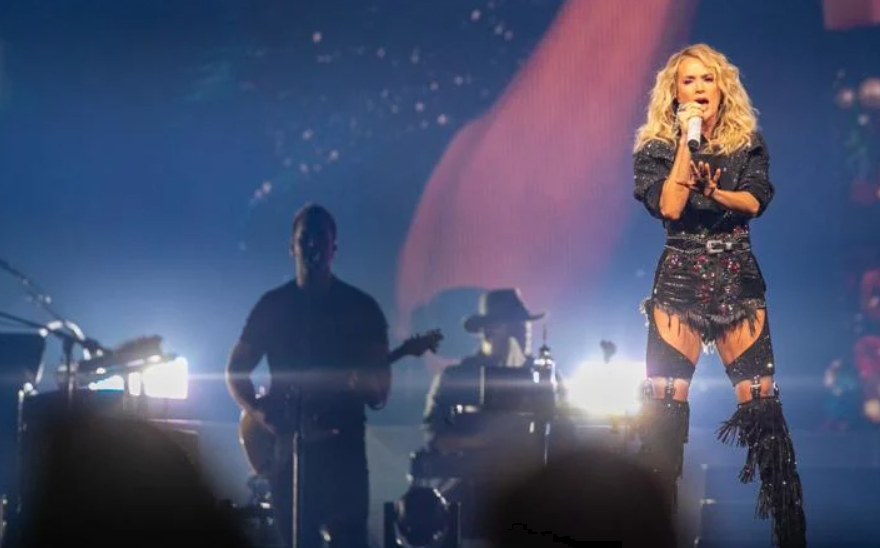 Carrie Underwood won American Idol 17 years ago and hasn’t slowed down since her win. Nearly four years after her last solo country release, Cry Pretty, the eight-time Grammy-award winner’s latest album Denim & Rhinestones doesn’t disappoint after dropping on June 10, 2022. It quickly rose to the top of the iTunes charts, to no surprise from her fans. The album also fared equally as well on the Billboard chart. It debuted at No. 10 on the US Billboard 200, earning 31,000 album-equivalent units courtesy of streaming, including 22,000 pure physical album sales. It became Underwood’s tenth US top-10 album – and tenth Top 3 US Country album

The album is coined as a high-energy project with a nostalgic ’90s country feel from start to finish. It was an intentional choice on Underwood’s part. “I really just wanted to make an album that felt like fun,” she said ahead of the album’s release, per Country Swag. “I feel like this one ended up being a bigger reflection of me as a person and as an artist. We have a lot of songs that could be considered throwback songs, but they sound super fresh. These are influences that are in me and work their way out, and I just decided this time not to get in their way.”

The album is produced by Underwood and David Garcia. It features 12 songs, 11 of which the Underwood co-wrote with the likes of Josh Kear, Hillary Lindsey, Ashley Gorley, and Chris DeStefano. As far as her frame of mind going into recording the album and being fully immersed in the wiring process, the “Before He Cheats” singer said: “We covered a lot of ground. Hopefully it’ll just make people happy to listen to. It’s a very like sing into your hairbrush, in your house, in your room, kind of album, which I think is going to translate well.”

Along with the release, Underwood is embarking on an eight-month tour. Jimmie Allen will join her. In the meantime, fans and critics cannot stop praising the album.

Calling it now. @carrieunderwood's #DenimAndRhinestones is her best album yet. These new songs are 🔥 Do not base your opinion on the first few tracks… there is MUCH more on this record. And a lot of songs worthy of radio airplay. This will be an Album of the Year. No doubt. pic.twitter.com/RyLNCwsmMs


Many are calling this album Underwood’s greatest of her career. For it to be her ninth, that speaks volumes, considering the already massive musical success she’s had – and consistently.
Different from the rest
One review from Riff Magazine notes that Underwood’s fans learn about her person life through her music, much of which has been revenge anthems, heart-felt ballads, and some songs with Christian themes as her faith is a major part of her life. But the review notices the difference. “Those more recent releases make Denim & Rhinestones her most distinct album yet. It’s all about having fun,” it reads.

I want whatever Carrie has


Underwood has fans under a spell with this latest album. And now, others want a piece of what she’s offering.
Even non-country music fans love it
One Twitter user made it clear that she’s not even a country music fan, but Underwood is the exception. As Black Twitter noted just weeks ago, Underwood is one of the greatest of all time when it comes to country music.


Critics have stated that the album is great from the beginning to the end. Many who have listened to the album agree.
Give me a sweatshirt to go with it

Denim and Rhinestones is your best album so far @carrieunderwood. Please release some merch to go with this fantastic album!


Now that we have the album, give us some merchandise. Fans will proudly wear t-shirts with Denim & Rhinestones plastered across. 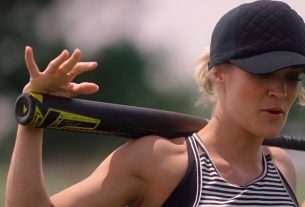 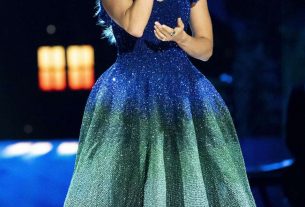 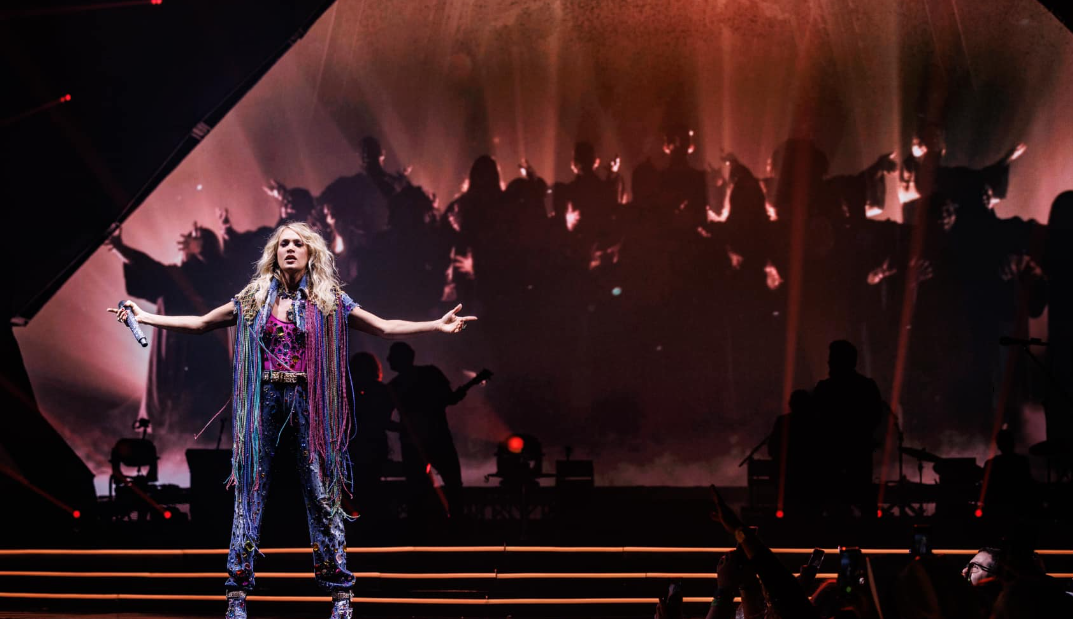