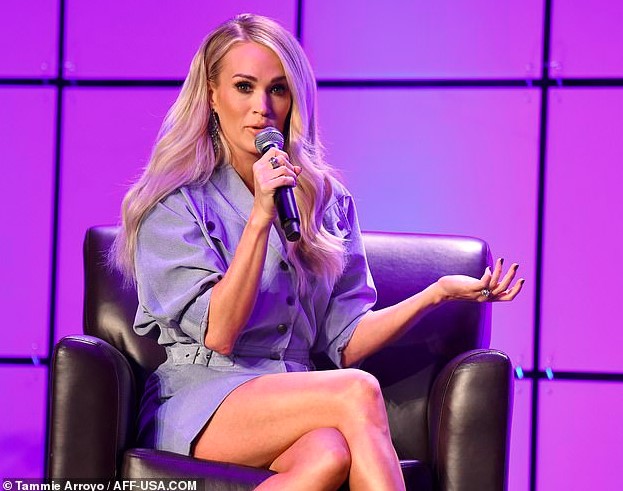 Carrie Underwood was brought to tears when she received a certified platinum album for her most recent release, Cry Pretty, during the Country Radio Seminar in Nashville.

Turns out the country superstar did not know about the presentation in advance. 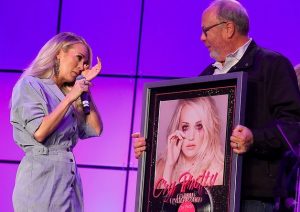 ‘This means a lot, because I feel like this is the project that I’ve done, and the album that I’ve done, that is the most me,’ Underwood said as she choked up while two executives from her record label gave her the giant plaque.

The Oklahoma native, 36, also took some time to give her label, Capitol Nashville, high praise for supporting her through the project.

‘And the fact that you guys were there supporting the whole way and didn’t laugh at me when I said I wanted to produce, and were equally as excited about these songs as I was… just, thank you,’ she added as reported by ABC News Radio.

The surprise presentation came moments after she sat down for an interview dubbed, Finding Your Path, that was inspired by her upcoming book titled, Find Your Path.

The discussion included such subjects her music, her role as a leader in the music industry, her personal life as a married woman with two children, and how she manages to balance it all.

RELATED POST:Carrie Underwood Reveals the Best Night of Her Life & More at CRS 2020

She gave credit to her husband, Mike Fisher, for supporting her, and helping to keep their family lives in check.

‘We figure it out,’ she confessed about their relationship.

Cry Pretty, which dropped in September 2018, debuted at number one on the US Billboard 200.

The success of the album resulted in Underwood being the first woman to hit the top of the Billboard 200 chart with four country albums.

It also marked the first time she co-produced one of her releases. 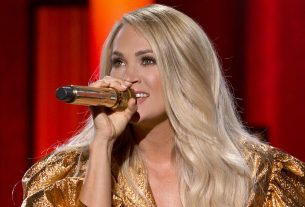 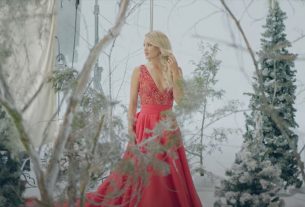 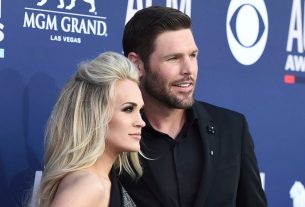 Mike Fisher gets Carrie Underwood a ‘cow for Christmas?