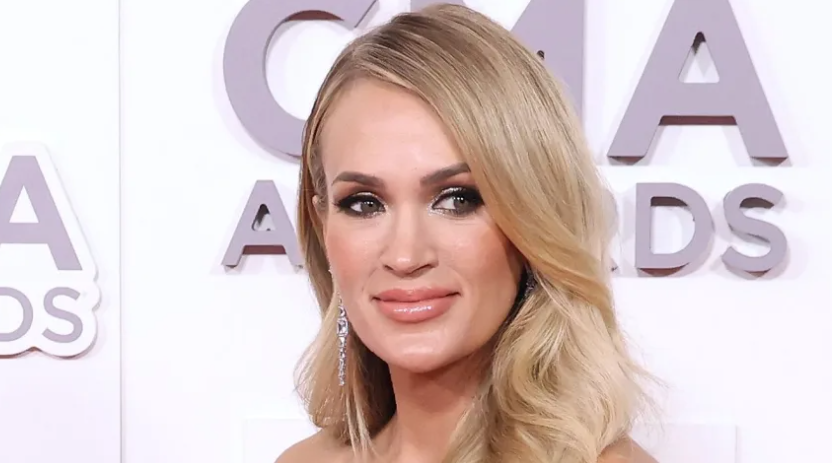 Meghan Markle isn’t the only famous face to struggle with mom guilt, as an insider revealed that Carrie Underwood’s critically-acclaimed Denim & Rhinestones tour is somewhat bittersweet for the performer due to being apart from Isaiah, 7, and Jacob, 3, the two sons she shares with husband of 12 years, Mike Fisher.

Carrie Underwood Struggles With Mommy Guilt
The 39-year-old “Hate My Heart” singer‘s children *do* sometimes visit their mom at work though, which they did earlier this month – and Carrie even shared a picture to her Instagram to prove it! She captioned the November 6th post of herself holding her son on stage while looking out into an empty arena: “When worlds and roles collide,” followed by three red heart emojis.

However according to an insider, it didn’t make the mom guilt any easier, but she reportedly tries not to let it get to her, especially because she is confident that the 42-year-old retired ice hockey pro has everything handled at home! “Carrie tries not to let the mommy guilt rule her life,” an insider said, according to RadarOnline. “It’s a juggling act but thankfully she has Mike to help. She couldn’t do it without him.”

As much as she does suffer from mom guilt, a source close to Carrie insisted that she wouldn’t have it any other way, as she loves performing for her fans and keeping her music life and her family life separate. “She really missed hanging out with the crew and focusing on the music and the show. It’s always been important for her to have her own identity, separate from her home life,” the insider added. “And another source told Star: “She’s a creative person and she needs to have the freedom to roam and express herself.
Carrie Still Stays Connected To Her Kids While On Tour
Carrie and Mike’s sons are reportedly now used to their famous mom’s busy schedule, and the family relies on technology to keep in touch with each other – and that includes Carrie helping out with homework duty!

“The kids are handling mom being away pretty well,” Radar’s source said, in reference to Carrie’s latest tour which started in October. “Isaiah is old enough to know his mom is famous and has her work. The kids miss their mom, but they see and talk to her every day on FaceTime. She asks them about their day and even helps Isaiah with his schoolwork.”

And as great as virtual chats with her kids are, Carrie is all about the real-life meetings too, as she tries to come home as often as she can and regularly goes to visit the kids “for short stretches between shows.” The source added: “Carrie’s still going to be hands-on and not let the boys run Mike ragged.” 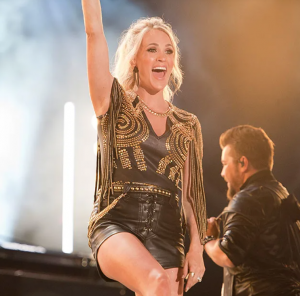 Carrie Underwood’s Previous Thoughts On Mom Guilt
Having been a successful country music star for so long, it shouldn’t come as a surprise to learn that this isn’t the first time the “Ghost Story” singer has suffered from mom guilt. Way back in 2015, Carrie opened up about mom guilt when Isaiah was just seven months old, telling People: “You feel guilty about every single thing, every decision you make, everything you do.”

Let’s hope that Carrie knowing how much joy she brings to her thousands of fans every single concert makes it a little easier! And let’s hope that the family can make up for lost time between December and February when her tour takes a brief break, before it resumes and then concludes in San Diego on April 1st. 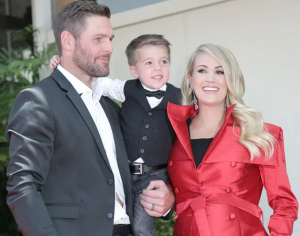 Insiders Suggest Mike Fisher Isn’t Happy Being A Stay-At-Home Dad!
Despite Carrie and many other sources singing the former ice hockey star’s praises for taking care of his and Carrie’s sons while she does her thing on tour, another insider has hinted that he isn’t as happy about it as we think, and it’s actually causing a lot of problems in their marriage. Yikes!

“It’s not the happy home they make it out to be,” an insider spilled to RadarOnline. “Mike’s feeling a little underappreciated. Carrie does tend to be self-involved, so it’s up to her to make him feel cherished.” The insider then added Mike doesn’t seem to be as happy being a stay-at-home dad while Carrie lives her dream, as he also has his own dreams too! “He has dreams, too,” a friend reportedly added. “You just feel if the two of them can’t reach a happy medium in their personal and professional lives, their marriage is doomed!” 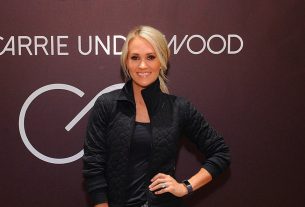 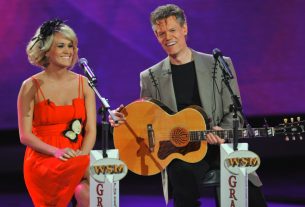 Remember When Carrie Underwood and Randy Travis Performed Together On ‘American Idol?’ 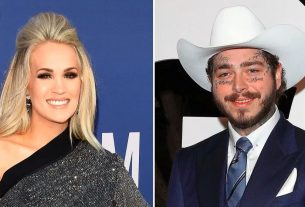