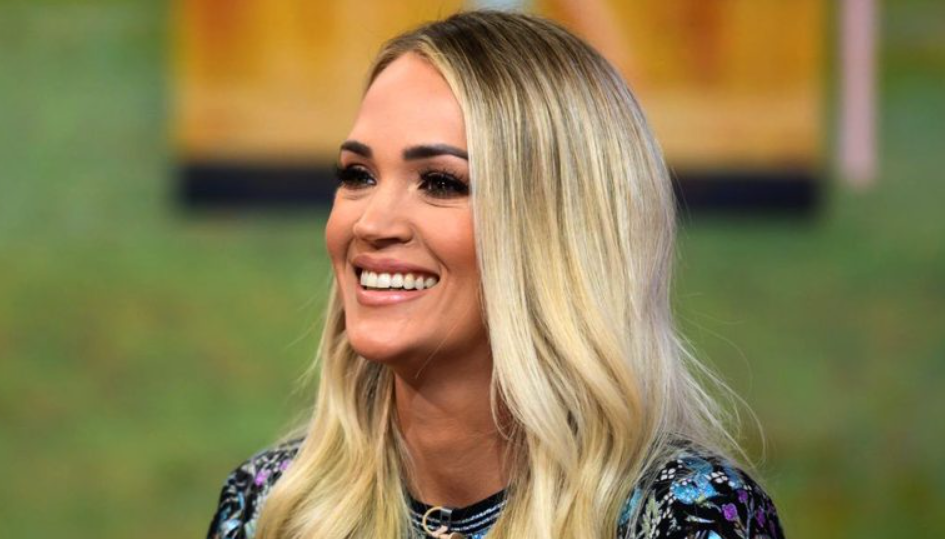 Country singer Carrie Underwood is reportedly worth $140 million thanks to her “American Idol” stint. Underwood won Season 4 of the singing competition in 2005.

The Oklahoma native’s doors opened after appearing on the reality TV show, and she landed multiple project deals. Her debut record became the best-selling solo female debut LP in country music history.
Underwood has achieved several No.1 hits and became the youngest artist to be inducted into the Grand Ole Opry in 2008. She also dabbled in retail projects and landed deals with renowned brands, including Target, Olay, and Nintendo.

The “Jesus, Take the Wheel” hitmaker partnered with OPI to launch multiple colors and Dick’s Sporting Goods to release her CALIA by Carrie Underwood athletic appeal line. The blonde beauty struck a deal with the NFL and has also been awarded a VEGAS residency.

Despite what she has accomplished so far, Underwood remains humble and is not all about the flashy lifestyle of Hollywood. In November 2013, she revealed that she still prefers doing things herself: 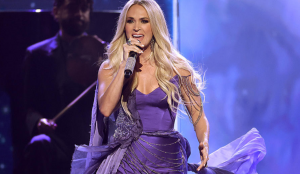 “I do not like people touching my underwear. That’s just weird! I travel with a washer and dryer, and I like cooking on the bus too.”

In June 2012, Underwood shared that she and her husband, hockey player Mike Fisher, still lead everyday lives despite being famous. “We don’t have a bowling alley in our basement. We don’t have houses on the beach and one in New York and one in LA. I have a three-year-old Ford Escape Hybrid. We don’t care about stuff like that,” said the songstress.

Underwood and Fisher have two children. The couple welcomed their firstborn, Isaiah, in 2015 and had their second child, Jacob, in 2019.

As a mom, Underwood knows how to make time for her family while still pushing on her singing career. She got candid about a time when she learned about her first pregnancy, and she went into panic mode:

“I remember when we first found out we were going to have him [Isaiah], it [was] like, ‘How are we going to do this? Our lives are so crazy as it is.’”

However, the doting mother of two learned how to make time for her loved ones and discovered how precious time is with family. The “Before He Cheats” singer said it is essential to go on outings with those she loves, including family vacations and cruise trips.

Staying True to Herself
Irrespective of how much money she has earned so far in her career, Underwood still wants to save. In a piece for Rachael Ray Magazine, the music superstar revealed she still clips coupons before grocery shopping.

“Doing weekly shopping, I stock up on stir-fry kits, Amy’s meatless burgers, and armloads of onions and garlic. I put onions in everything. Ack, as usual, I forgot my coupons. (Yes, I do clip them!)” she wrote.

In addition, Underwood still insists on doing her laundry. Even when she is on tour, she still makes a stop at the laundromat. She explained to Oprah Winfrey during her appearance on “Oprah’s Next Chapter” in May 2012 that it is not as easy because being on tour while doing millennial things is quite challenging.

Hence, she takes advantage of her “off days” by going to the laundromat. “I get my quarters, we go to the laundromat and go do our laundry,” said Underwood, adding she is not comfortable with people doing it for her:

“I just don’t like other people doing my laundry. It freaks me out.”

Apart from doing her domestic routine, “The Champion” singer also does her own hair and makeup on tour. She said being in charge of her glam look means she gets rid of two people who do the job.

Moreover, Underwood grew up on a farm and described her childhood as “free range,” spending her time outdoors playing with animals. Perhaps this is why Underwood is vegan.

According to the singer, she is not afraid to indulge in occasional fast food and eats at Subway, but she does not eat fried food anymore, even though she enjoyed them as a kid. Her diet has changed, and she has stuck with it.

Normal Life on a Farm
In September 2022, the award-winning singer posted a video of her garden and vegetable patch at her Nashville farm home where she lives a simple life with her loved ones and grows her food.

The clip showed the veggies she had grown, including tomatoes, squash, and beans. The “If I Didn’t Love You” singer joked that she was no longer a youngster with no care in the world:

“One minute, you’re young, hip, and carefree, and the next minute you’re photographing vegetables in your garden.”

Underwood also revealed that she does not purchase produce from the grocery store and only lives on what she grows in her yard. The stunner has improved with gardening, disclosing she harvested quinoa from scratch.

She posted a photo showing giant stalks hung up in her greenhouse. Another picture shared by the trailblazer displayed seeds sitting inside a glass jar.

Underwood lives with her family on a big ranch in Tennessee. She revealed her plans to return to her rural roots in January 2015, regarding her and her spouse, Fisher, as “farm people.”

The history-making singer added that she and her kids’ father enjoy a spacious environment and that the sportsman feels right at home when he is on a “tractor.”

Underwood said living on a farm is easygoing, adding whenever her dad needed help in the morning, she would wake up earlier to assist him in feeding the cows.

At the time, she looked forward to living on the outskirts with her husband. She wanted them to have many animals and be farm owners. 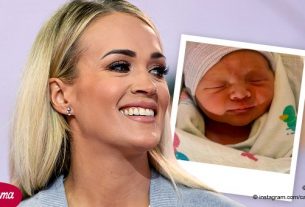 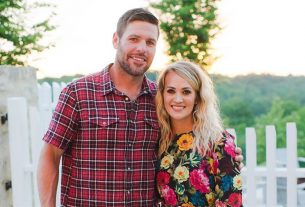 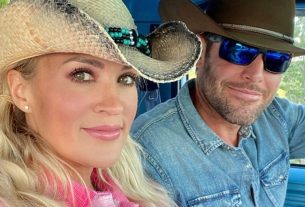